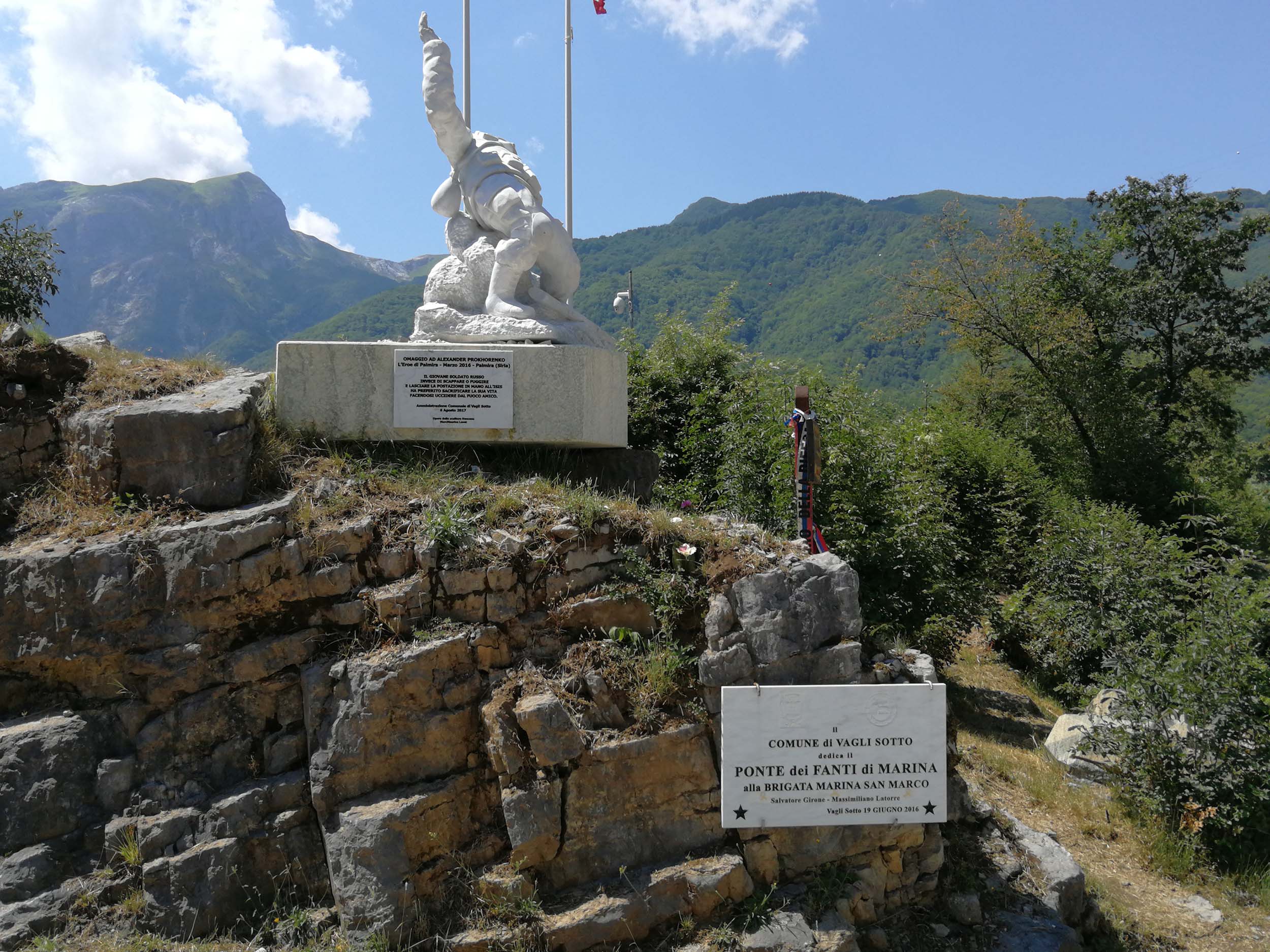 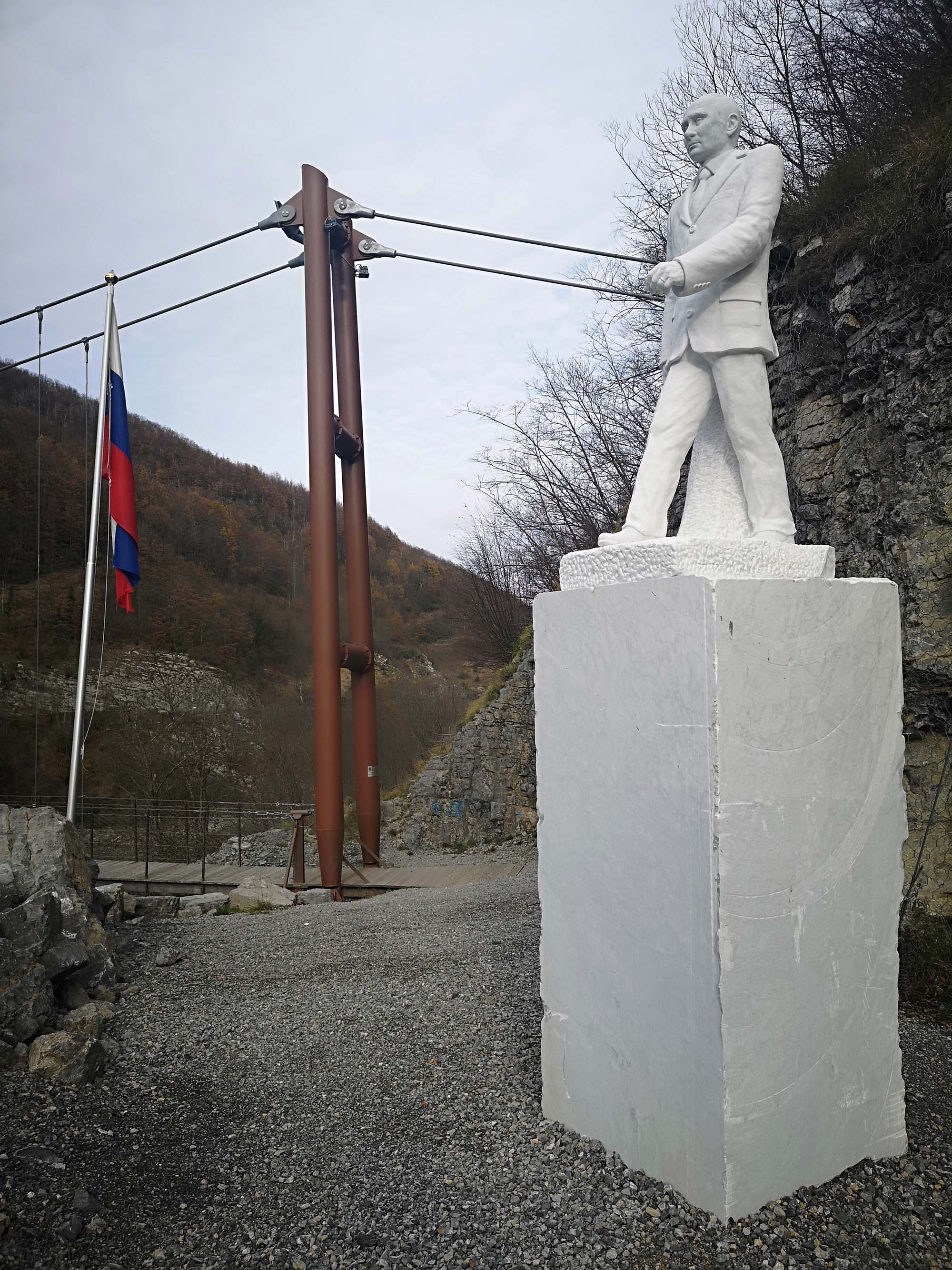 Park of Honor
and Dishonor

journey into the human soul

On the side of the Vagli lake, near the majestic bridge, you can find the “Honor and Dishonor park”,
an area designed by the ex town mayor Mario Puglia,
populated by valuable marble statues representing eminent people of our age.
The statues are dislocated in the park in a highly symbolic manner.

Famous people will lead you through the ways of “honor” and “dishonor”, with no clear distinction between the two paths.

President Donald Trump and Vladimir Putin stand out amongst the other statues of the park;
you’ll then meet representations of “dishonor”, like the statue of Francesco Schettino with his rabbit ears, and commander Gregorio de Falco;
on the other side you’ll find Diesel, the police dog killed by terrorists in France, Fabrizio Quattrocchi, military guard kidnapped and murdered in Iraq, or Alexander Prokhorenko, young Russian soldier who gave the order to bomb his location when surrounded by Isis members.
Moreover, a new area of the park devoted to the issue of the violence against women will open soon, and will be inaugurated with an official cerimony.

You can reach the“Honor and Dishonor park”  through the path along the lake.

A fabulous place suitable for adults and children, you can do many trekking routes, visit the bio park … excellent restaurants and friendly people.

Attractions and activities in Vagli Park